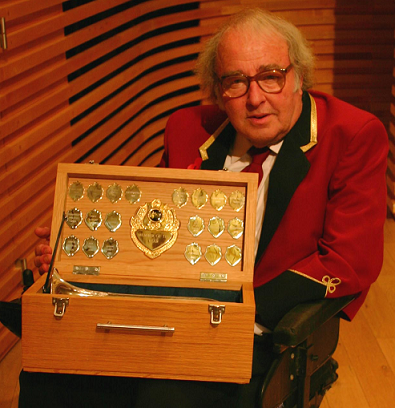 Wes Johnson sadly passed away on 2nd December 2015.  He was a loyal and very well liked member of the band, playing 3rd cornet, and was named Bandsman Of The Year in 2012.

The band attended his funeral held at St Matthew’s Church in Surbiton, playing Nimrod,  several hymns and one of his favourites, You’ll Never Walk Alone.

Wes was a fan of the church organ and donations were given to St Matthew’s Organ Fund and Liverpool Cathedral Organ Fund.