The band returned to the Walled Garden in Sunbury on the 1st of July –  a lovely setting and beautiful weather.

There was fantastic audience participation with all the moves to  YMCA, singing with Beatles Medley and dancing with Buddy! 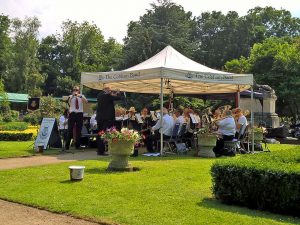