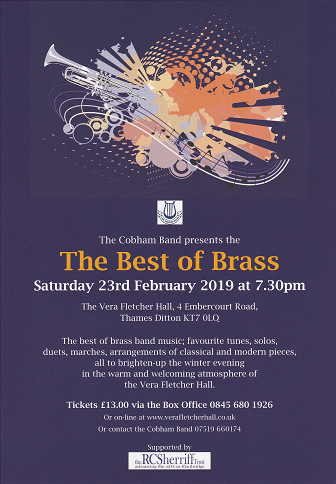 ‘The Best of Brass’ was the theme for a concert at the Vera Fletcher Hall in Thames Ditton on the 23rd of February, the first engagement of the year.

The audience and band had an enjoyable evening with some very well known brass music as well as other popular pieces that fitted the ‘Best of’ theme.

Entry of the Gladiators started the show which also included Hey Jude, The Floral Dance and All through the night.

Special thanks go to Billy Fletcher who was guest conductor for the evening.