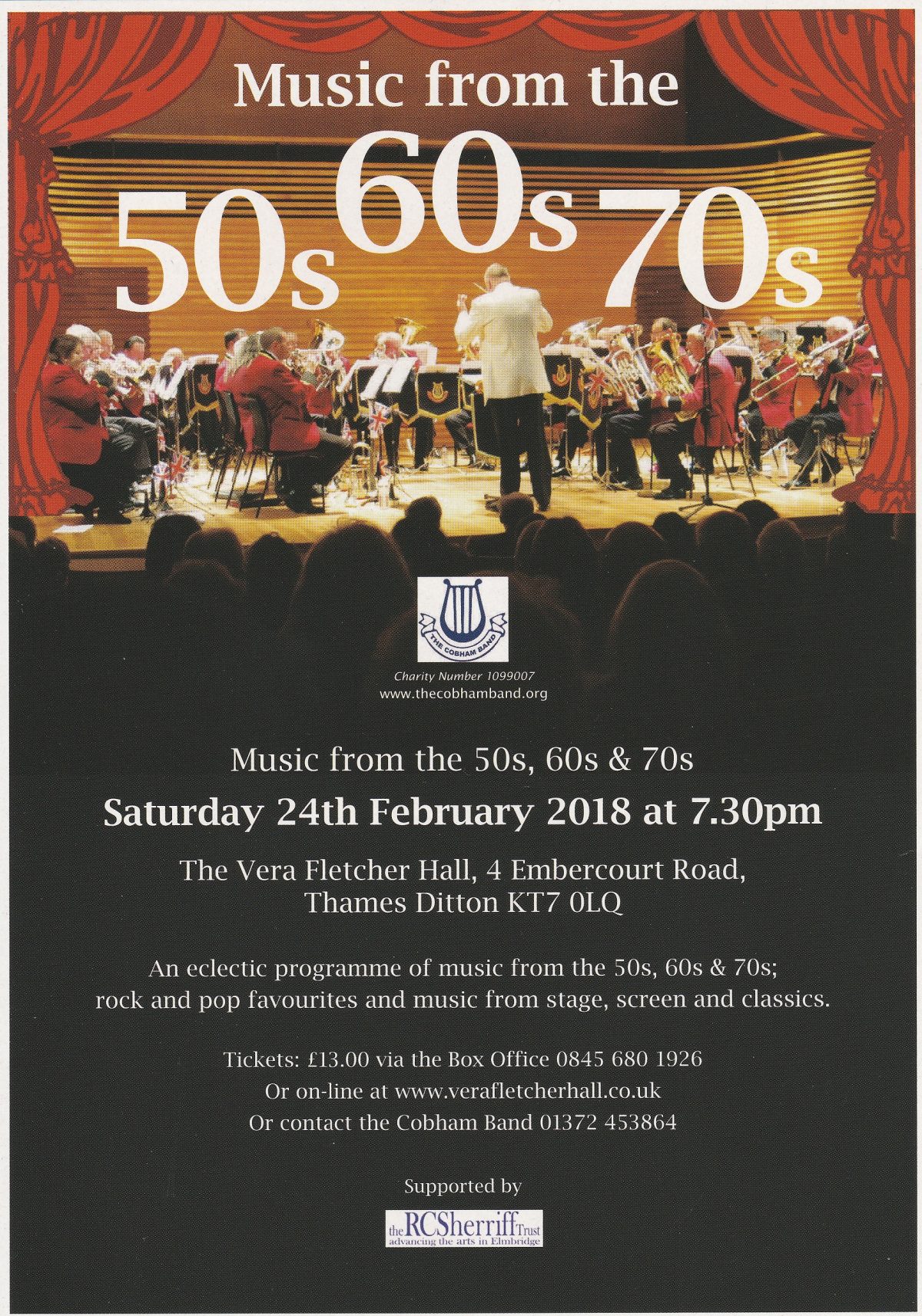 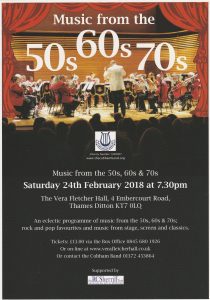 The first concert of 2018 took place in The Vera Fletcher Hall in Thames Ditton on 24th February.

With a theme of 50s, 60s, 70s, it featured a broad mix of music styles from the period and opened with At the Sound of the Swinging Cymbal which is perhaps better known as the theme tune from 1960s music show Pick of the Pops.

Other music included selections by Buddy Holly, The Beatles, Cliff Richard and songs Cant take my eyes off you and YMCA.

As usual the band sold raffle tickets with proceeds being shared with the bands nominated charity which this year is The Rainbow Trust.