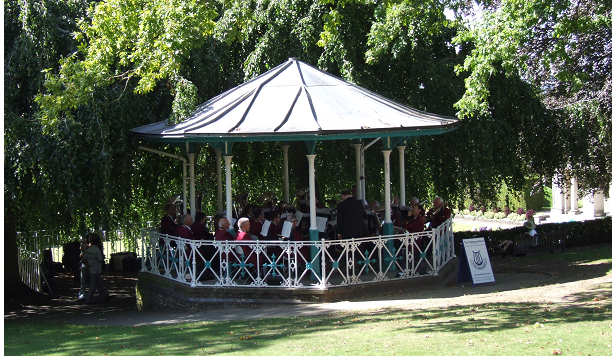 The band played a concert under the shade of the bandstand in Castle Grounds, Guildford on Sunday 27th May.  It was one of the hottest days of the year so far and there was a large audience that enjoyed the concert whilst relaxing in the park.