It is with great sadness that we learned of the death of Joe Smith at the age of 91.  Joe passed away peacefully after a short illness in the Woking Hospice just before midnight on Monday 5 December.

He was one of the longest serving members of The Cobham Band, having joined at the age of 15 and was its principal cornet for some 60 years. SCABA presented him with 75 years long service award shortly before he died. Members of the band went to the hospice and played carols outside for Joe.

He taught a number of other band members to play the cornet, including his wife Ruth, who occupied the number two position on the front bench for many years, a position his daughter Beryl McMillan fills currently. An excellent sight-reader, his knowledge of the brass band repertoire was extensive; his playing accurate and lyrical, which resulted in several awards in competitions over the years.  He was nominated Bandsman of the Year in 2019. In addition to making music Joe was an accomplished dancer and took part successfully in competitions.

The band has lost a key member; no one is likely to surpass his contribution

The perfect start to your Christmas celebrations! Join us for a festive and uplifting mix of music and enjoy a glass of wine or hot drink and a mince pie. 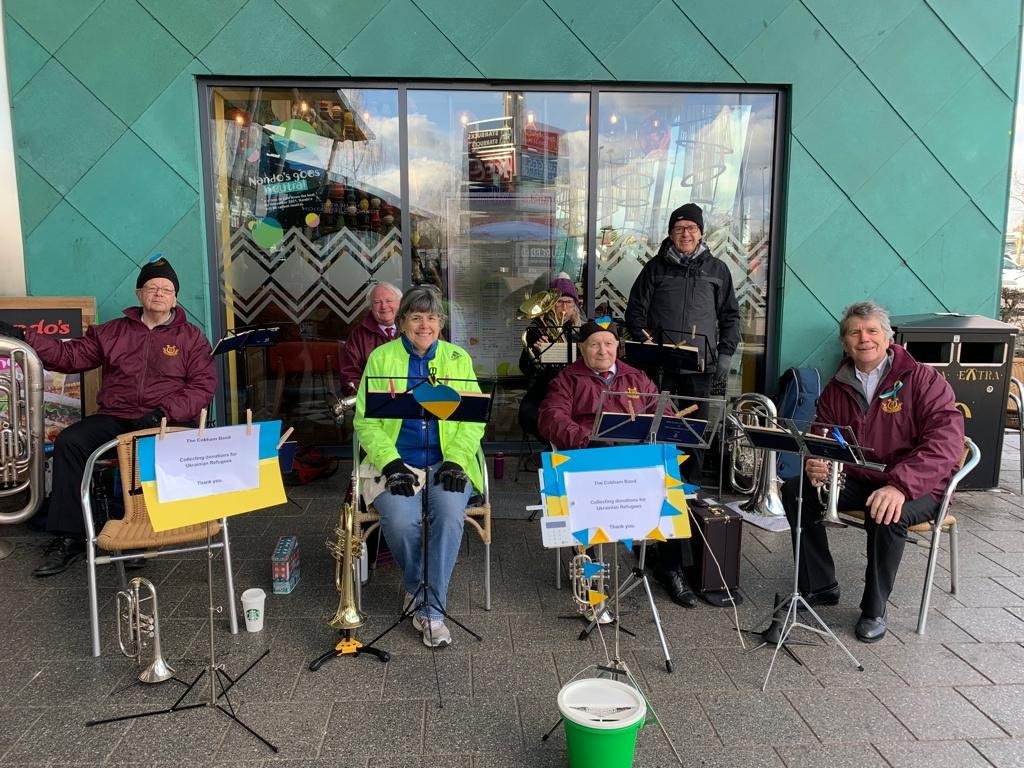 The band collected over £350 on April 3rd at the M25 services in Cobham. The money will be given to aid Ukrainian refugees.