To mark the end of a busy year and the remarkable service of Band Secretary Pat Steele, the band held a Christmas meal at The Fairmile in Cobham.

Speeches were made by Chairman Tim Lovett and Secretary Pat Steele. Pat has retired after 30+ years and described how she has seen the band change over the years and the successes and challenges it has faced. Secretary duties have now been handed over to Stephanie Scholes.

In addition to the traditional Christmas Fayre, each member was asked to submit the oldest photograph of themselves for a competition of ‘guess who’ – some people were instantly recognizable but others were a little more difficult. Other competitions included a brass band quiz, guess the composer and guess the object. Overall winners were two of the back rows cornets, Christian and Dan Barnes and the prize was (appropriately) a musical instrument although of the childrens variety. 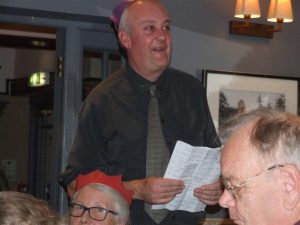 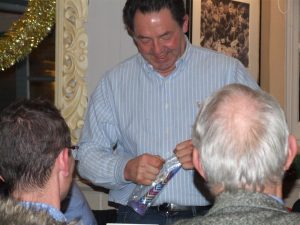 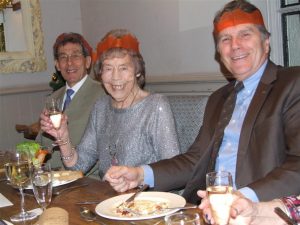