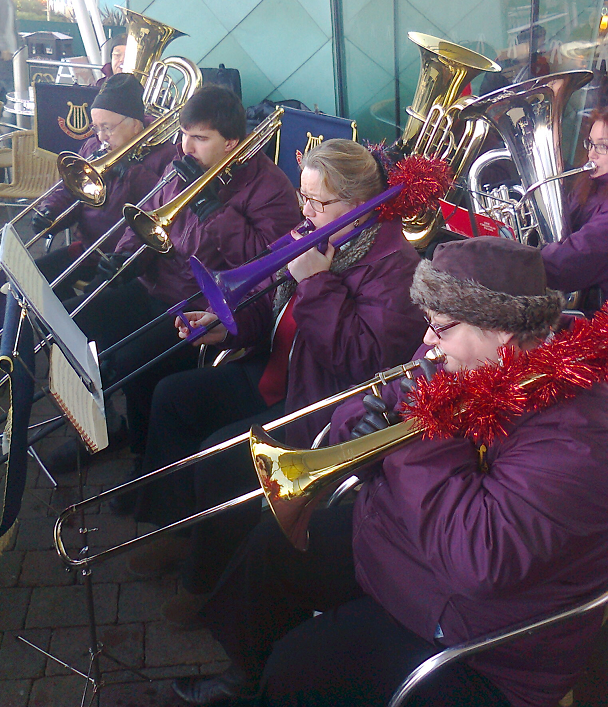 The band finished 2014 with Carol playing at Cobham High Street, Brooklands and Cobham Service Station where money was collected for Charity. 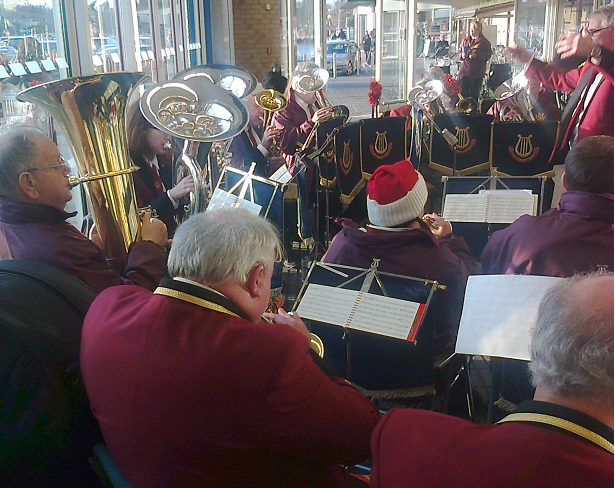 A successful Concert was held at Cobham Village Hall on 13 December where all of the music had a Christmas theme and included Stop The Cavalry, Troika and In the Bleak Mid Winter.  Solos were played by Mat Baker on cornet playing Rocking Carol and Beryl McMillan on Flugel playing Lullaby (Away in a manger). The trombone section were featured in White Christmas and the Eupohoniumns were featured in Babe in a Manger.  The audience were invited to sing when traditional Carols were played. 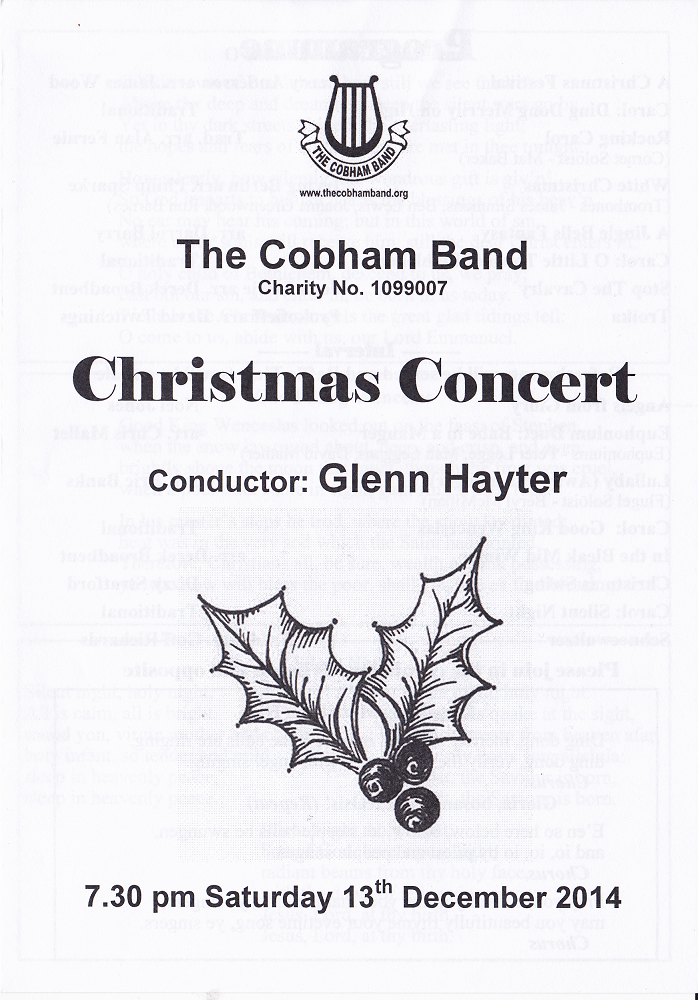