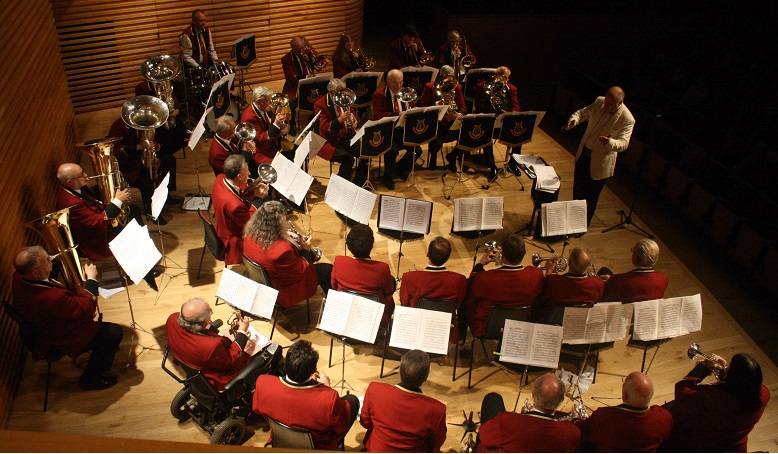 The band returned to the Menuhin Hall in Cobham for the annual Autumn Concert on the 16th of November, led by new Musical Director Glenn Hayter.  The event started with Tannhauser (march) and included Singing In The Rain (musical), Viennese Nights (waltz) and Sinatra In Concert (selection).

The guest soloist for the evening was Gareth Bimson on trumpet.  Gareth is principal trumpet player for the BBC Symphony Orchestra and played a number of solos during the event, including Virtuosity. 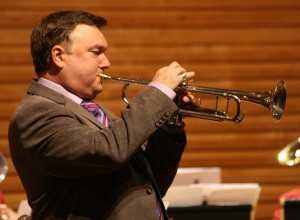 The bandsman of the year was awarded to Beryl McMillan, who was presented with the Bob Todd Cornet – this is an ornately decorated cornet that is estimated to be over 100 years old, presented in an beautiful oak case that contains an engraving for each member who has received it. 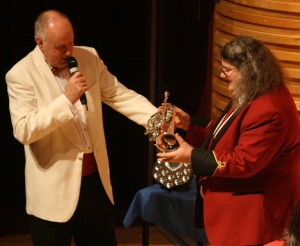